What are the advantages of Pakistan over India

Independence of India and Pakistan 70 years ago

With pathetic words, Jawaharlal Nehru proclaimed India's independence on the night of August 14th to 15th, 1947. "On the stroke of midnight, when the world is asleep, India will awaken to life and freedom. The soul of a nation that has long been oppressed is finally finding expression." Those words may have been appropriate for the politicians who had fought for independence for decades. But the independence and simultaneous division of the former colony in India and Pakistan also brought great suffering. Seven to eight million people left their homeland in India under chaotic conditions and made their way to Pakistan, about the same number in the opposite direction. Hundreds of thousands were killed in the course of unleashed violence between religious groups.

Mahatma Gandhi, figurehead of the Indian independence movement, saw his lifelong dream of a united, independent India destroyed. Gandhi had always advocated all-India, non-denominational and non-violent action against the colonial rulers. The lengthy process of India's independence, which led from unrestricted autocracy in the colonial government to a parliamentary system, by no means headed for a two-state solution from the outset. Still, the Indian independence movement was mostly shadowed by rivalry and mistrust between the Muslim minority and the Hindu majority. 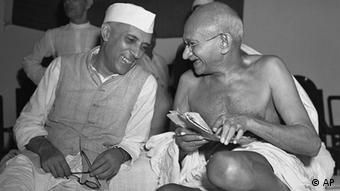 Mahatma Gandhi (r) stuck to his vision of an undivided India until the end. His colleague Jawaharlal Nehru (l) came to the conclusion: Better division than open civil war

Beginning of the independence movement

Indian nationalism first appeared in an organized form in 1885 in Bombay, now Mumbai, as the Indian National Congress (in short: Congress). It was the political home of Gandhi and Nehru, who later became the first Prime Minister of India. At that congress meeting of 1885, 54 of the 73 delegates were Hindus and only two were Muslims. A significant distribution of forces that explains why the focus of Muslim politicians in the struggle for an independent India was above all on special rights and exceptional regulations for their ethnic group. It was not until the Indian elections of 1946 that the Muslim League was to establish itself as an almost equal political force alongside Congress. And with that the train towards an independent state for the Indian Muslims had already left.

At the first meeting of the Indian Muslim League in Dacca (today Dhaka) in 1906, the aim was still modestly: "Protection and promotion of the political rights and interests of the Muslims of India." The league (still) emphasized loyalty to the British government and condemned the massive boycott campaign against English goods with which Congress had responded to the division of the province of Bengal. 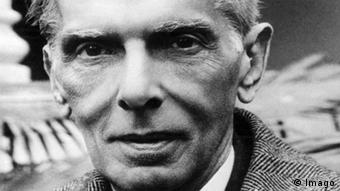 Muhammad Ali Jinnah, the "Father of Pakistan." His vision of a homeland living in peace for the Muslims of India tragically failed

Special path of the Muslim League

In the following decades there were repeated attempts to fraternize between Congress and the Muslim League, between the later leader of the Muslim League, Muhammad Ali Jinnah, and Mahatma Gandhi, who was revered by the Hindus. But the gap persisted. An event at the beginning of the Second World War is just one example of many: When the congress politicians in the Indian provinces resigned in 1940, in which they protested against India's declaration of war on Germany, without the British governor having agreed with the Indian politicians beforehand Jinnah called on Muslims for a "day of thanks".

At a meeting of the Muslim League in the same year, the call for independent contiguous territories with a Muslim majority within a new Indian constitution was made for the first time. The press called this the "Pakistan Resolution", although the demand for a state of its own was not even made at the meeting. 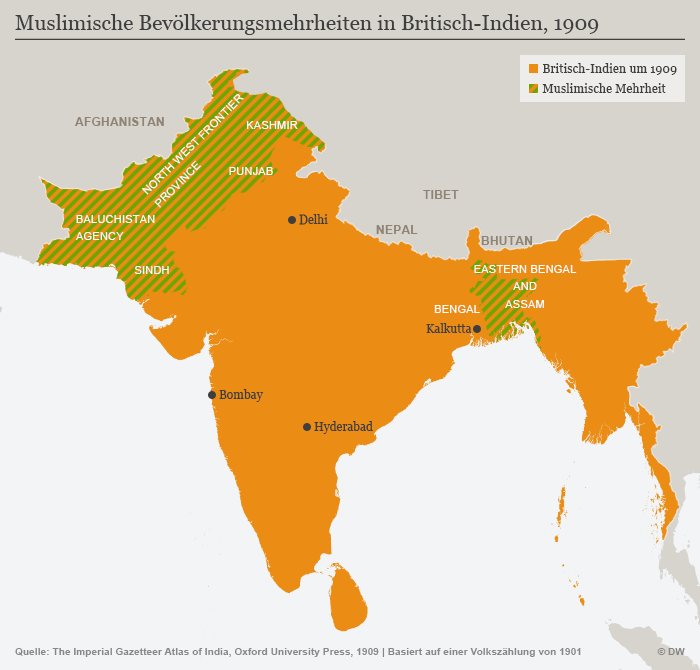 World War II and the end of British India

Ultimately, it was the strategic needs and economic pressures of World War II that made London realize the inevitability of India's independence. The Muslim League led by Ali Jinnah kept a low profile during the negotiations between London and Congress politicians, but pushed through the position in London that no Indian province or region should be forced to adopt a new Indian constitution against the will of its majority to agree.

After the end of the world war, the new Labor government under Clement Attlee set out to shape India's independence. Negotiations between the representatives of London and the Congress and the Muslim League on how to bring the various concerns in a new federal India under one roof did not get off the ground. At the same time, religious and ethnic tensions erupted violently, for example in Calcutta on August 16, 1946, with thousands dead. In Punjab, the provincial government resigned in early 1947 in the face of hatred among Muslims, Hindus and Sikhs. It was clear to the new - and last - British governor, Lord Mountbatten, that the illusion of a new Indian unitary state could no longer be upheld. Against the opposition of Gandhi and Nehru, the Congress came to this conclusion. 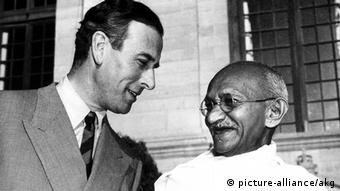 Lord Mounbatten (l), the last British Viceroy of India, led the negotiations on the partition of India

The so-called "Mountbatten Plan" was finally approved in early June 1947 by the leadership of the Muslim League, Congress and the Sikhs and by the government in London. It was implemented in just ten weeks. Its guiding principle was - as mentioned - the consideration of the majority opinion in the affected areas. In the two large mixed provinces of Punjab and Bengal, the following procedure was therefore used: In the first step, their majority Muslim parliaments voted for their undivided provinces to leave India. In the second step of a separate vote between the Muslim and the non-Muslim part of the MPs, however, the latter voted for the division. That is why Punjab and Bengal were divided and now partially belong to India and Pakistan (Punjab) or Bangladesh (formerly East Pakistan).

The decision of the predominantly Muslim provinces of Sindh, Balochistan and the Northwest Frontier Province, which, as expected, fell in favor of the not yet officially so-called new state of Pakistan, was easier. Its founder, Jinnah, drew up a vision for the future that tragically failed due to reality: "Our goal should be peace both internally and externally. We want to live peacefully and in warm friendship with our neighbors." 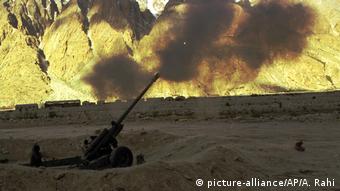 At the border in Kashmir there are frequent exchanges of fire between India and Pakistan. A major escalation is possible at any time.

The fact that Kashmir became the unresolved legacy and bone of contention between India and Pakistan has its origins in the question of how the 600 independent Indian principalities should be dealt with during the partition. Most of the princes could get Mountbatten more or less smoothly to join the new India. In the case of Kashmir, with a clear Muslim majority among its four million inhabitants, the problem was that its ruler, a Hindu, wanted to preserve his independence with the tolerance of India and Pakistan. The population, however, revolted against the autocratic princely rule, tribal warriors flocked to Kashmir for jihad with Pakistani toleration. The Maharajah fled to Delhi and offered Kashmir's accession to the Indian state - for military assistance. Mountbatten - who served as Governor General of India for a short time - agreed to this, but demanded a later referendum in Kashmir (which was never held), which would ultimately decide whether or not to belong to India or Pakistan.

Meanwhile, an unexplained war developed between Indian and Pakistani regular troops in Kashmir. Under UN mediation, an armistice was concluded in 1949, with the "line of control" as a de facto limit, which to this day has not been officially recognized by either side.