Gay denials of the week: Jeremy Renner and Bruno Mars 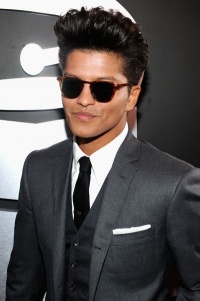 After even CNN reported about his alleged coming out, he denied: Bruno Mars (Image: Wiki Commons / JayJay / CC-BY-SA-2.0)

While actor Renner ("The Hurt Locker") furiously insists on protecting his privacy, "Grenade" singer Mars was "victim" of an April joke.

When will celebs finally deny that they are straight? So far it has unfortunately only been the other way around. Even in the first week of April, two world stars felt compelled to make it clear in public that they are not gay.

It all started with the American R&B singer and Grammy Award winner Bruno Mars. Reports of alleged homosexuality of the 26-year-old "Grenade" star have been spreading rapidly since last Sunday when a radio station from Chicago announced the singer was coming out - even the CNN editorial team picked up the story on its online portal.

But Mars' spokesman told GossipCop.com that the singer's "original quotes" were actually just an April 1st joke by the station. "The timing was bad. I didn't realize it was an April Fool's joke," said Mars himself, who had previously intervened with CNN to bring the report back offline. The joke was very obvious: The singer is known in the USA for his numerous women’s stories.

Jeremy Renner: "It's not fucking true" 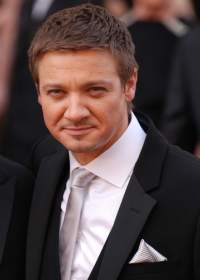 The second denial came from actor Jeremy Renner, who was really furious during an interview with the magazine "The Hollywood Reporter": "I want my private life to stay private, and it's damn it not true," he grumbled 41 year old. Renner became known worldwide for his leading roles in "28 Weeks Later" and "Deadly Command - The Hurt Locker".

He has nothing against same-sex love, but this is a private matter, said Jeremy Renner in the interview. And immediately got upset again: "What would you say if I spied on you through your window, showed everyone what underwear you wore last night, whose husband you were in bed with and trumpeted it through a megaphone in your neighborhood "How does that feel? It's none of your damn business!"

Why just this irritable tone, Mister Renner? How much looser you can react to "gay rumors" was shown by George Clooney exactly a month ago: "I am amused [the rumors], but I will never get upset about it and scream: 'These are all lies!'. That would be unfair and unfriendly to my good friends in the gay and lesbian community, "said the Hollywood star in the March issue of" Advocate ". "I don't want to give the impression that being gay is a negative thing." (queer.de reported).