How can I hear through accents

Accents in the language
Part of the identity

Some German learners use their accent to emphasize their cultural identity. However, many want to get rid of it quickly so as not to attract attention among native speakers. The Germanist Ursula Hirschfeld explains why it is not that easy.

Professor Hirschfeld, when the boy François opens his mouth in the movie "Bibi and Tina - Girls Against Boys", everyone knows that he is French. Why do we know from a person's accent what their native language is?

This has to do with the fact that characteristics and rules of pronunciation are transferred from the mother tongue to the second language. Vowels and consonants, but also melody, rhythm and accentuation of the source and target language are each in a specific relationship to one another, so that there is, for example, a typical Russian accent in German or a typical German accent in English that we recognize.

The study “Current Language Settings in Germany” from 2009 by the Institute for German Language shows that French and Italian accents are very popular among German native speakers, while many Germans do not like a Russian or a Turkish accent. Why are foreign-language accents perceived so differently? 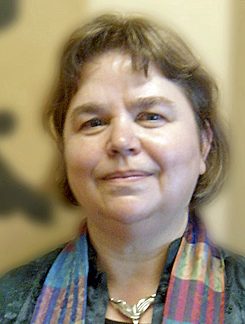 Prof. Dr. Ursula Hirschfeld | Photo (detail): © Privat Subjective evaluations of spoken language depend on the one hand on the sound of an utterance to be heard: is it, for example, a melodic language or are volume variations used? Are there many vowels and voiced consonants or rather unvoiced consonant sequences? In addition, the relationship to the first language also plays a role
a speaker: languages ​​to which we have no access are assessed differently from languages ​​with which we feel connected, for example because we speak them ourselves. Ultimately, our assessments also have an impact on our relationship with the culture and society in which this language is spoken.

What consequences can it have for the speakers if their accent is rejected by German native speakers?

A number of studies show that people with a typical immigrant accent do not have the same opportunities in choosing a career and employment. It can be assumed that those affected will also be marginalized in other social or personal contexts. However, this applies not only to people with a foreign-language accent, but also to those who come to another region with a strong dialectal accent, or to those who stutter or have some other speech impediment. Whenever the way of speaking deviates from the familiar or from the expected norm, it can lead to discrimination.

Nevertheless, numerous studies on ethnolect and Kiezdeutsch show that young people deliberately use foreign-language accents even though they have a command of standard German. How do you explain that?

Young people often want to differentiate themselves from other age and social groups: The fact that there are youth languages ​​is a phenomenon that has been observed for a long time. For foreign language youngsters, it can be a matter of emphasizing a certain part of their identity when speaking with their native accent. There are comparable studies of Japanese adolescents who have lived in a German-speaking country for a long time and speak German very well and then speak with an accent when they return to Japan in their language courses so that they are not seen as outsiders and integrated into the group.

Should German teachers still encourage learners to speak without an accent?

Of course, teachers should first of all encourage their learners to communicate without inhibitions despite their accent. It should be clear to all involved that the second language learners are unlikely to sound like broadcast newscasters of the target language. But: Those who speak without an accent have the fewest communication problems, they are easily understood nationwide. Therefore, an accent-free pronunciation is desirable regardless of possible discrimination. This is especially true for prospective foreign language teachers: Despite audio CDs, videos and the many Internet opportunities to hear German, they are the most important linguistic role models for their learners.

Many German learners would like to speak without an accent, but they don't succeed. Why is that?

Learning to pronounce pronunciation requires the development of new hearing patterns and the development of fine-motor speech movement sequences. If you do not differentiate between long and short vowels in your first language, you will not hear the difference between 'State' and 'City' in German. And anyone who, like the French, only knows an accent on the last syllable, does not notice the difference between 'UMHREN' and 'UmfahrEN'. This requires intensive listening training. Learning and automating certain muscle movements in the mouth is also a challenge. This means that even with very advanced learners you can still hear pronunciation deviations. Unfortunately, some German teachers are not well trained in the phonetic field, they do not know any teaching or learning methods besides the imitation method, they cannot help learners specifically. In addition, there is often a lack of suitable teaching material; the exercises in the textbooks are not sufficient to practice listening in a targeted manner and to automate new speech movements.

Can you show an example of what an exemplary phonetics training looks like?

It is a big problem worldwide to pronounce the most important German word correctly: I. This can be practiced very quickly and easily. For this the word will Yes Whispered, every German learner can do that. You then concentrate on the consonant and whisper it loud and clear - this is how you pronounce the I sound correctly. You should try this out many times until you are sure and can also form it in other sound combinations - first whispered, then spoken out loud, for example "I - yes".


Prof. Dr. Ursula Hirschfeld has been Professor of Speech Science with a focus on phonetics at the Institute or Seminar for Speech Science and Phonetics at Martin Luther University Halle-Wittenberg since 1999.