What would happen if the Philippines disappeared?

The legacy of sex tourists in the Philippines

"Look, this is your papa." Marcia holds the smartphone in front of her little son's eyes. The picture shows herself, heavily made up, sitting in a glittering bar, tightly entwined with a blond middle-aged man. Four-year-old Daniel is not interested in the photo. He prefers to keep climbing up the bamboo canes.

"How I would like him to meet his father," sighs Marcia and bottle feeds her youngest son. The mother of five lives on the outskirts of the city of Olongapo on the Philippine island of Luzon. She shares her twelve-square-meter wooden hut with the children and her mother. Marcia's children are from three different fathers: an American, an Australian, and a Filipino. They were all her customers, sometimes longer, sometimes shorter.

Sex tourists traveling to the Philippines usually book women as friends for a few weeks or months. Many women hope that a real relationship will emerge from the time together, that the foreigner will lift them out of poverty. However, this only happens in the rarest of cases. Marcia never saw the fathers again after giving birth to their children.

Above all, the 28-year-old wishes that a man marries her out of love and that she can secure a good education for her children. What Marcia deserves as a "bargirl" is just enough for the family to survive. She never received financial support from her fathers, not even for the funeral of her two-year-old daughter Kate last year. While playing, little Kate was hit by a car. Kate's father is Australian, the little girl is blond and blue-eyed. The neighbors often called her "Bangus", "Milkfish".

It is widely believed that a light-skinned, lower-class child can only have a prostitute as a mother. The children are eccentric around them, but some also have careers because of their appearance and become actors or models. Most, however, grow up in poverty and are not infrequently forced into prostitution themselves. 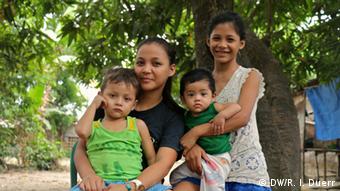 Marcia would like to offer her children a future, but that's not that easy

Children with African or Afro-American fathers are stigmatized even more strongly within Filipino society, they are called "Negros". Around Olongapo there are thousands upon thousands of children of this fatherless generation, the legacy of foreign sex tourists.

Contraception is a foreign word for most prostitutes in Olongapo. "Customers want sex without a condom, so what can we do?" Asks Trisha Velazquez, who works in a massage parlor in Olongapo. The father of her daughter Sabrina is German. When Trisha told him about the pregnancy, he disappeared. Trisha tried in vain to contact him.

Because birth control pills are too expensive and very difficult to access in the ultra-catholic Philippines, children like Daniel, Kate and Sabrina are conceived. With numerous suitors every night, some women don't even know exactly who the child's father was. Abortion is illegal in the Philippines, so some women try the most life-threatening methods to induce a freak. 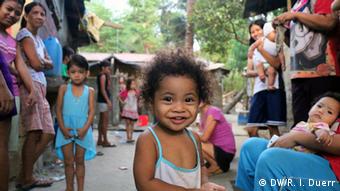 Depending on the sex industry

Sexually transmitted diseases are also widespread in the Philippines - and contrary to the global trend, the number of people infected with HIV has been increasing for years. The sex tourists don't seem to be deterred: in the notorious Barretto district of Olongapo they already sit in the morning with a beer and with a female companion in the numerous bars. In front of the establishments there are notes with "Waitress wanted - pleasant personality wanted" or "We need dancers - high salary, high commission" on them.

Olongapo was already a popular "recreation center" at the time of the nearby US military bases in Clark and Subic Bay: a whole generation of Filipino "Amerasians" emerged from the relationships between soldiers and local women. The USA’s increased military presence in the Philippines has now been heavily criticized by women's rights groups. They fear that prostitution will continue to take hold in the country. The areas around the former military bases are already almost entirely dependent on the sex industry, even though both US bases were closed in 1991. Already at the entrance to the city of Olongapo, emblazoned on a large arch: "Welcome to the home of the most beautiful women in the world". And above it the slogan "Olongapo - transparency and good governance".

The Irish missionary Shay Cullen, who has headed the child protection organization PREDA on the outskirts of the city for four decades, can only shake his head. He knows that the local authorities are mostly in cahoots with the bar owners: "Sex tourism, even in its most criminal form, enjoys political protection because it is a great source of foreign currency and generates income for local authorities, which sometimes invest in the prostitution industry themselves . It's a national shame for the Philippines, "he says.

Under Philippine law, a father has to pay child support, regardless of whether the mother was a spouse or a lover. But because sex workers are rejected by society, they practically never get their rights. However, more and more women are fighting for it with the support of aid organizations. Cullen would also like to give affected children an education with scholarships in the future.

Marcia has almost given up hope of outside support. In order to open up a better future for her children, she therefore applies for jobs, for example in a South Korean electronics factory. And is at least still friends with the American father of her son Daniel. On Facebook.