How did Hinduism survive despite multiple invasions

Nobody is still talking about Munich train station today, the focus of what resourceful journalists called a summer fairy tale in 2015. It has largely disappeared from the media, and it may be a good thing. One would like to see a security debate in the upcoming election campaign, and the memory of the time when anyone could come and stay unchecked is annoying - and of the politicians who promised the expected profits back then, as they now promise security. The main train station has been forgotten a bit, it's just one place, and what was considered the malicious, dark German defeatism of the pack in 2015 is now partly a reality in Cologne, partly the content of leading political speeches from Freiburg to Breitscheidplatz. 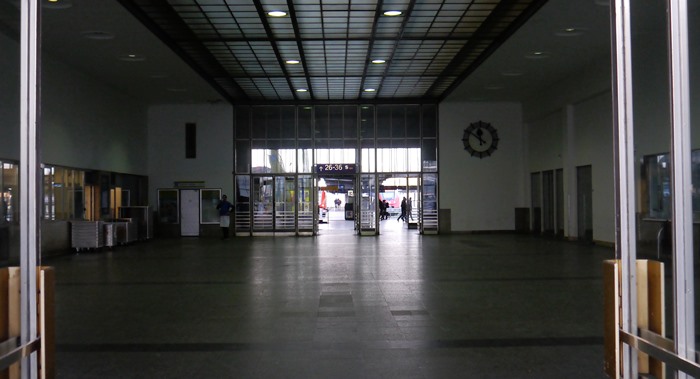 It's different for Munich residents. The train station is no longer really the scene of the heroism of a city whose citizens at that time - I was there - in contrast to the legends, the vast majority of them did not take an active part in the events. There were also no more than a few hundred applauders, including many friends and relatives of the arriving ones. This Munich of open hearts was initially a manageable event that got out of hand after three days. When the opportunity arose, the rush was moved away from the city to the regions near the border, about which no one promptly reported. Nevertheless, the station has changed massively in the last year, there are openly - although not nationally - addressed security problems and a threefold increase in attacks. In the short term, there was probably an attempt to set up a drug scene like in Frankfurt, Vienna or Berlin, but that was brutally prevented by the police.

But problems remain and, above all, they remain with mushrooms. This is a canopy resting on stilts in front of the train station, under which those arriving earlier should get to the taxis dry when it rains. A nice architectural gesture. This canopy has become a focus of crime and a gathering place for people of different origins at night, making the main entrance to the train station narrow and threatening. Travelers are approached and bullied, and that is not exactly a nice calling card for the city. Fortunately, the train station is now forgotten, and that's why there is a sustainable Munich-style solution for the Schwammerl and his guests: 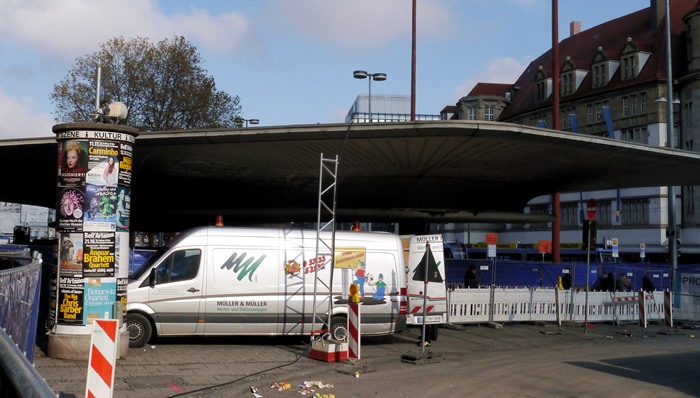 Because the mushroom is being torn down, and there is a ban on alcohol around the train station. In other words, one takes away the people who cause everyday irritation, their protection and their preferred drug. The SPD is part of it, and it goes on quite noiselessly. Problems are clearly addressed, groups of perpetrators and their origins are clearly named, consequences are drawn and a debate about the fact that the problem is not solved, but only relocated does not even arise: A massive problem has developed, it has to go, even if it costs the station its mushrooms. The general interest in a safe train station takes precedence over the self-realization of a group of people who are perceived as stressful.

For example, there is a very open-hearted article on this topic in the evening paper. It's a bit like the New Year's Eve events in Cologne: A group that is neither oversized nor representative of all Germans or migrants is a problem at a critical point that affects and unsettles a lot of people. One can find the solution completely exaggerated, or far too harsh, or describe the ban on alcohol as inappropriate. But there is one clearly identifiable, undesirable development and it is ending. Nor is it that the members of the group have no other place to stay. 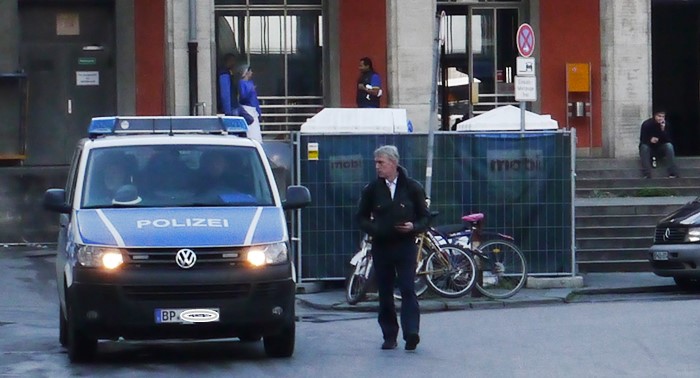 Munich is lucky that all of this runs under the radar of the major media, which could do it all in a completely different way: “Heartless Munich! After the summer fairy tale comes the winter cold: the Bavarian metropolis with no solidarity is living up to its old reputation as the capital of narrow-mindedness and xenophobia by razing a shelter for refugees, socially oppressed and losers of merciless gentrification to the ground. So far they have at least found a dry place under the philanthropic monument of the mushroom, now they should be completely pushed out of the eyes of the glittering metropolis. Responsible is a department head who handles figures, which can also be based on the increased willingness to report, and who blames refugees from sub-Saharan Africa and the Balkans without solid evidence. The climate in the city is massively poisoned by this, but the SPD prefers to be presented by the CSU and gives its consent for this sacrilege of social responsibility for those in need of merciless capitalism. "

Well, like that, you were allowed to read it sufficiently often in Die Zeit and other media, it is always the fault of the Germans with their misunderstanding, and there are always a few hundred people online who have such stories with the hashtag # Provide cold land and spread it among like-minded people. The case of the mushroom shows something completely different: In an urban society it is entirely possible to grasp problems, to describe them in apt words, and to enforce them in such a way that an improvement in the situation becomes noticeable for the majority of citizens. It is a story in which those affected were able to freely articulate their worries, fears and concerns among passers-by and business people, and politicians have found a solution that can be questioned from left and right - for rights, the demolition of the mushroom could also be a surrender to elements that can obviously no longer be mastered with other methods. But in essence it is a specific address for a specific problem for which there is a specific solution. And when entering the train station, hundreds of thousands of people don't get the impression that they are right in the middle of the failure of integration instead of just being there because of a small, rioting group. 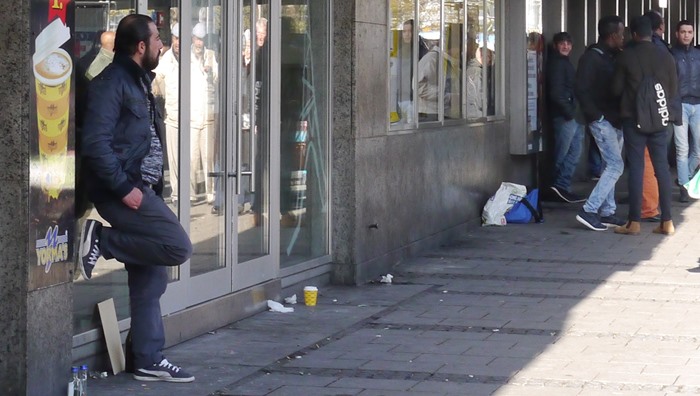 In my last text I used the word invasion and the word Nafri - there have been divided and sometimes very harsh reactions for this on the Internet today. Transport Minister Dobrindt - of whom I don't think too much either - was violently attacked just because of the use of the word Nafri. As a journalist and politician you can clearly see that a certain clientele in the professions is immediately ready to accuse you of anything bad, especially of course “racism” and “right-wing radicalism”, if you use clear descriptions that don't blur what is happening. There are attempts to turn the mass appearance of a certain group of people who were actually on site and clearly checked into a kind of rather random encounter. One no longer wants to see the term Nafri used, and assumes racial profiling that simply sifted out everyone who did not look German. Finally, people of Turkish origin with German passports and migrants who do not come from North Africa were also encircled. This creates the impression that there is no Nafris invasion.

But then the question is: What do you call a four-digit number of highly mobile people with a fairly fresh migration background with a uniform goal that they are heading for despite the crimes of the previous year and the police march, and which German women in particular encounter with so much discomfort and stay away? so that the area resembles a civil war scenario in which the mostly non-migrant police man stands against the young, migrant man. How do you call it, in such a way that the population, who apparently only reacts to the events in a moderately relaxed manner, accepts the terms on the one hand. And on the other hand, does not include all migrants across the board from those present. And words like Nafri and Invasion have their advantages again for the limited situation, because they can be easily and clearly set apart in their sharpness by the family of four from Syria or the Tunisian who has been resident for 40 years. But if one tries to forbid the terms alone, and that in the form of an SPD man who is called Mob Ralle on the Internet because of his failures, a representative of a party whose predecessor was responsible for the last dictatorship and the Stasi, and as a moralist of the Greens who stumbled when buying drugs: Then nobody should be surprised if the language regulation of these politicians is not taken seriously by large circles due to a lack of ethical radiance.

There have been attempts to invent a new terminology - the word “refugee” instead of refugee, or the “newcomer”, “newcomer” or “people who have not lived here that long” - all ideas to get away from a feared, negative connotation. I don't know such words in practical use at all, and on the Internet mostly with a sarcastic and ironic note. This is because people are reluctant to have euphemisms forced upon them for something that they perceive to be less beautiful. If it is then really, recognizable, obviously very ugly, and there is an appropriately ugly choice of words for it, you can at least use it to talk appropriately about the very ugly situation, even if it is not pleasant.

The alternative are the Kipping-Pöbelralle-Beck’s attempts to prohibit speech, which come reflexively in the case of red, red and green because they want to achieve moral sovereignty: say what we want, or we will call you a racist. More harmless words should allow the entry into a more harmless debate, but that doesn't change the fact that at the train station in Cologne there are over a thousand and in Munich over a hundred unpleasant contemporaries every day, who only very few perceive as enrichment or even permanently bearable. A sober, serene and problem-solving policy that is realistic and not ideological can create consensus. But if the first reaction to such events is to cheat other people so that the topic stays in the desired direction and freedom of expression only applies if it pleases, communication is a one-sided thing. 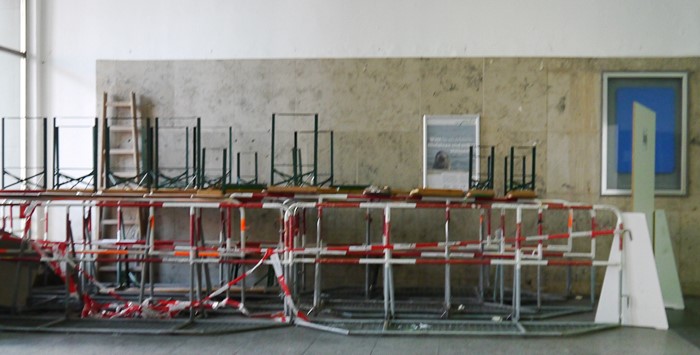 In every crisis there comes a point at which one should consider which positions have to be vacated in order to be able to hold others. The migration crisis began with completely exaggerated expectations, which had to be reduced further and further, leaving behind burnt word ruins such as pensioners, above-average education, skilled workers, doctors, never terrorists and we can do it. In Cologne you could say: Yes, there is a limited problem with an invasion of Nafris, we have to deal with that, but hundreds of thousands of refugees are good at home and don't even think about joining and rioting. Instead, you forbid terms and in return you have to live with the fact that for many Cologne becomes a problem of “refugees” and “politics”, which has no other solution than the police for some and speaking bans for others.

And otherwise warns that the AfD threatens an authoritarian state.

Hey, I'm just bringing the bad news, I'm not doing it. Club someone else, please.

The Nafri, its invasion and the mushroom

An error has occurred. Please check your entries.