4 WAYS HOW RUFFYS COULD LOOK AWAKEN !!!

We're all really excited to see what Luffy's awakening will look like - here are our guesses with some crazy possibilities! 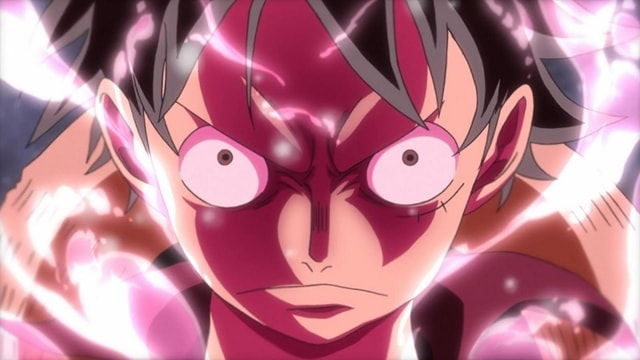 Ah, that theory is pretty popular! Luffy turns his surroundings into rubber and everyone is jumping around like crazy! Imagine that Luffy is suddenly able to turn the main deck into a trampoline! In this way, the crew could catapult themselves into certain areas from a great distance.

Luffy will be able to control the density of his own skin. Oh, that's pretty serious because now it doesn't even need a Haki to distract sharp things, it's as resilient as the strongest tire in civilization today.

But what's the difference?

The surface tension is different!

He couldn't stretch as far as he would otherwise be used to, but on the other hand, his punches would get a devastating amount of force. Luffy would be able to strike in milliseconds and with greater force.

Why do we call this form "New Engine"? Because Luffy calls his fighting forms "gears". Why isn't this a Gear 5? Very easily! Luffy would have a completely new “material” from which shapes could be created. By changing the properties of his skin, he gets a new body. A new engine! And if he were able to insert gears into this new body, there would be no more sun for the opponents!

This awakening is insane. Luffy would be able to freely control the compression. In other words, Gear 3 in the opposite direction. Instead of being large, parts of his body are made smaller so that they take up less space but retain their original mass.

This shape would cause some surprise attacks. You think you're aiming for his head, but hey! Now he's smaller. You defend yourself against his gigantic G3 attack, but suddenly he becomes very small no longer see him and he enlarges behind you with a massive blast attack. Greetings from Ant-Man and Wasp.

4: The intelligent blob of destruction

This theory is really weird and kind of creepy, but at the same time really funny because we're talking about Luffy.

Luffy becomes a monster by being given the ability to freely control his individual rubber cells.

It becomes that insane thing that ceaselessly contracts and retreats, seemingly fluid in motion, but perfectly solid on impact. WTF, right? What the hell is that? Yes, that's exactly how everyone would react, because if Luffy decided to use this force on his entire body, he would look like a destabilized rubber ball. He could attack instantly from any part of his body. Like a controlled rubber ball, Luffy could destroy anything and anyone. Theoretically, it could also transform itself into all conceivable forms, since it would only be an “intelligent” lump of rubber. Should Luffy wear a haki, no opponent would have a chance.

What do you think of Luffy's awakening? Do you have any other crazy ideas? 😉