How do ferrets communicate 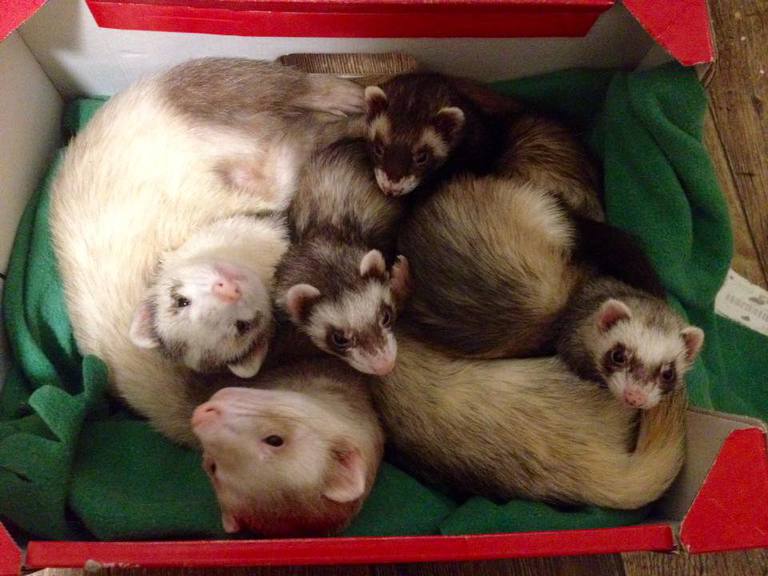 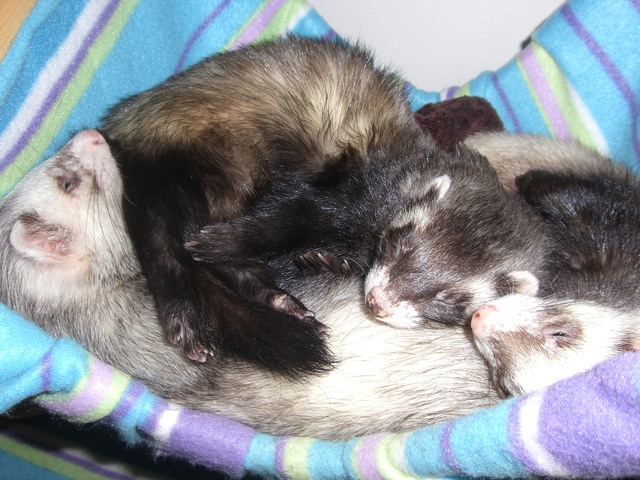 Many new ferret keepers believe that if you take care of a single ferret intensely, that is completely sufficient for the animal and it would become even more trusting and cuddly. But that's wrong! If you've only seen two ferrets cuddling up close together in a hammock, cleaning each other's fur and ears, or sweeping through the apartment together wildly and exuberantly, cackling loudly with joy, you know the ferret needs ferrets . Individual keeping is an absolute NO GO! 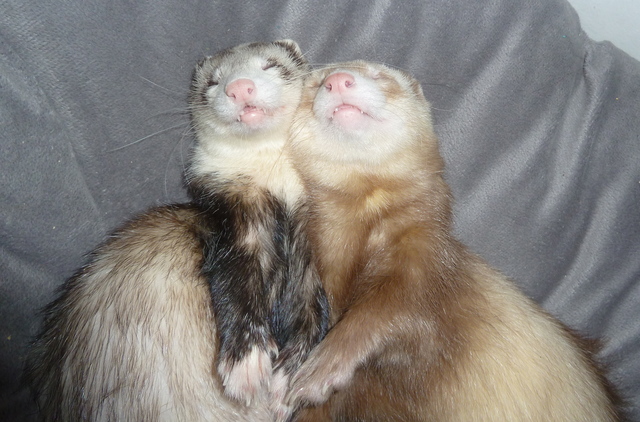 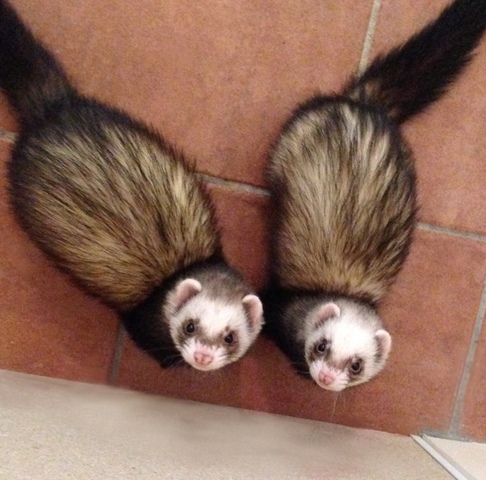 “True” if it wasn't a conduct disorder. Ferrets who are alone have no one to play or cuddle with. So they attach themselves to the next living being that comes into their paws and that is then just the person. They suffer from loneliness and have to chase after someone who is often inadequate with the ferret. Fights or games of a normal ferret can be a burden for the thin skin of humans. The ferret can no longer live out its concentrated energy and playfulness properly and over time becomes even more impetuous, wilder and bites even harder.

As a result, humans are less concerned with the “biting” ferret. A bad cycle begins. 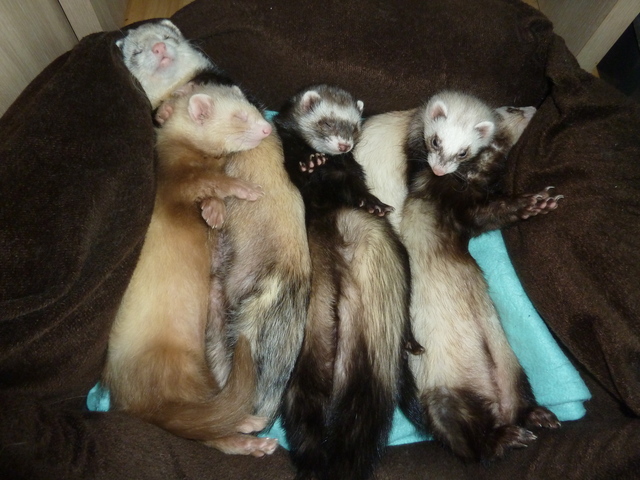 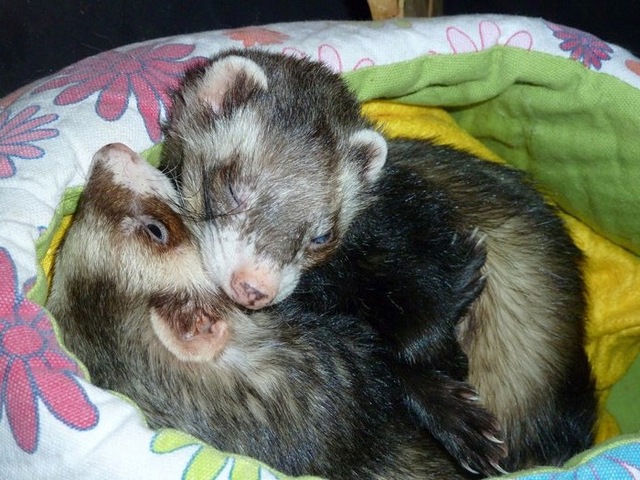 Benefits of a ferret community

Ferrets who live in pairs or in a larger group are usually much more exuberant, balanced and cuddly than those who have to live individually. A ferret wants to let off steam and really play and fight the ferret-style. If ferrets live together in a group, they can really let off steam, scramble to their hearts' content and thus measure their strength. If they don't feel like doing it anymore, the ferrets will quickly jump onto the cozy lap of their master or mistress and demand the familiar cuddling time. However, one has to accept that every ferret has its own character. One ferret is more calm and cuddly, the other is turned up and always ready to play. Of course you cannot and must not force a ferret to have a cuddle time! In addition, ferrets learn a lot from each other. Be it the behavior towards people, the well-behaved crate or eating the right food, many ferrets have already learned in society. 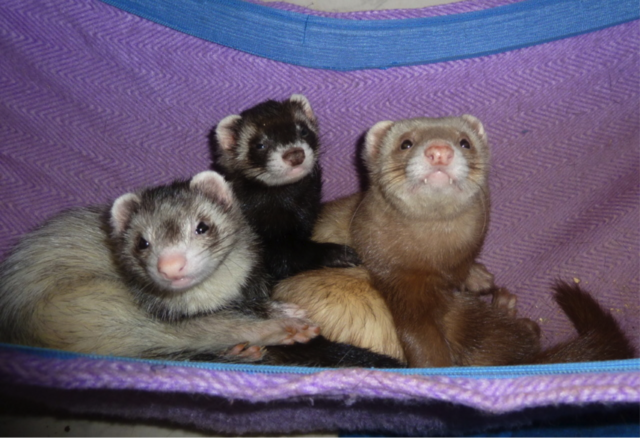 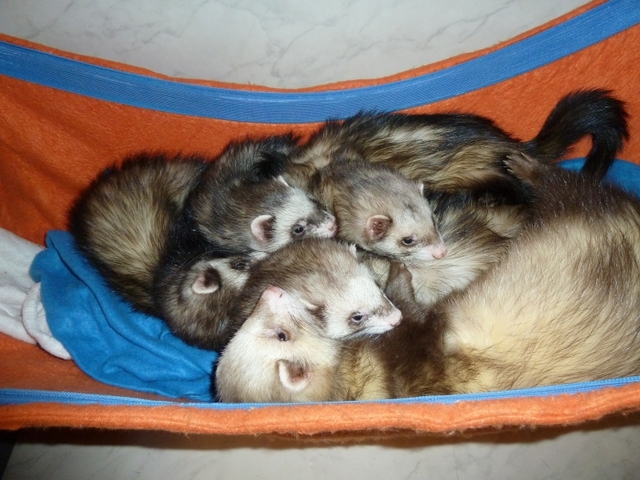 Can a dog or a cat replace a ferret partner?

No, definitely not. Socialization with other pets is only possible to a limited extent. Dogs and cats usually get along quite well with the small predators, but it can also only be a “coexistence” or “be accepted”. Socialization with rodents or birds is not advisable, as these animals are subject to the natural hunting instinct of our ferrets and would accordingly be viewed as prey and would be killed. If someone thinks “My rabbit is much too big for the smaller ferret”, then you are wrong. A ferret that has gone wild and eager to hunt will immediately attack its prey and could very well kill a larger hare. 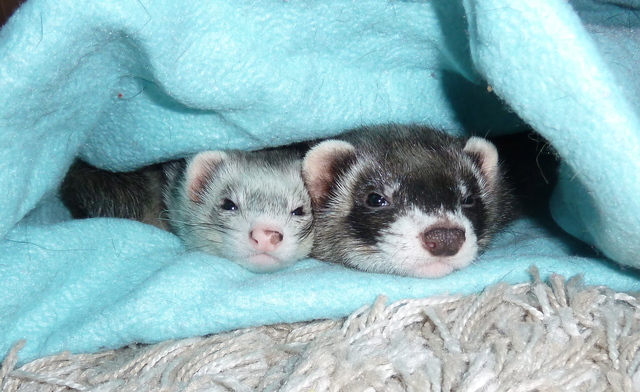 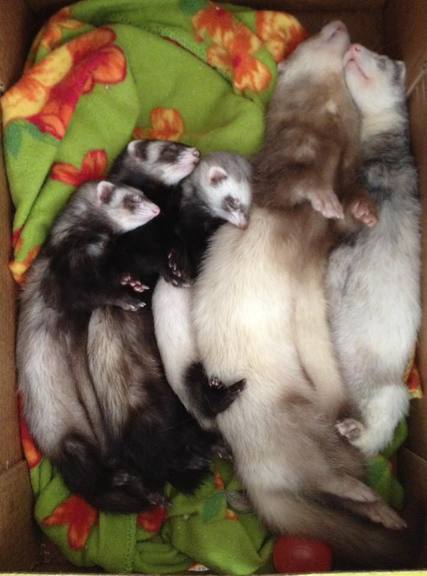 What makes single keeping of ferrets?

It is not uncommon for a ferret to become completely unaccustomed to other ferrets after years in “solitary confinement”. This happens exactly when, firstly, it has been mismatched by humans for too long, secondly has never learned how to deal with other ferrets, and thirdly, it has forgotten how to act and communicate like a ferret. In such a case, the ferret would only be subject to great stress if it were to be put together with another member of the same species. These animals should be left in a familiar, but varied, individual housing. With increasing age, it can also happen that they become very aggressive towards strangers, as they are only ever fixated on their people. Such behavior disorders are unfortunately very bad and I cannot imagine that you want something like this for your animal.

If you love your ferret, you also give him a partner. If you are not ready, you should better buy a hamster! 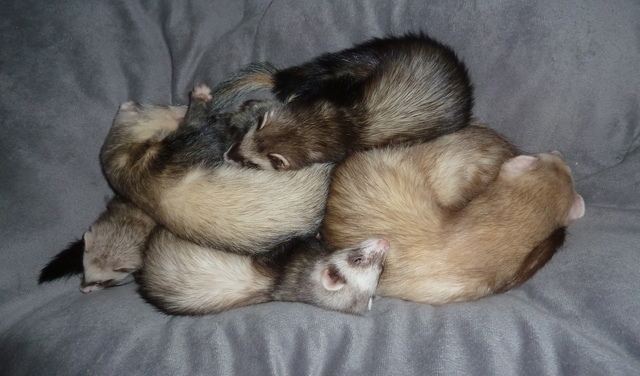 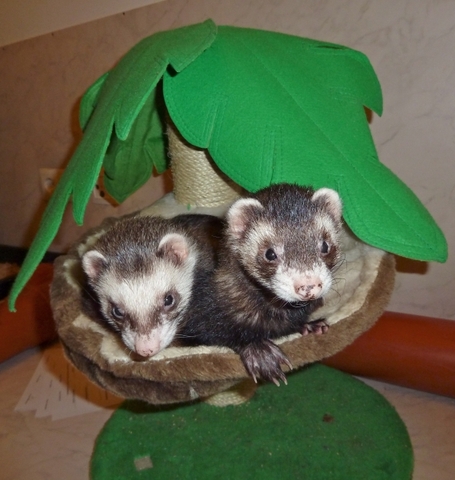 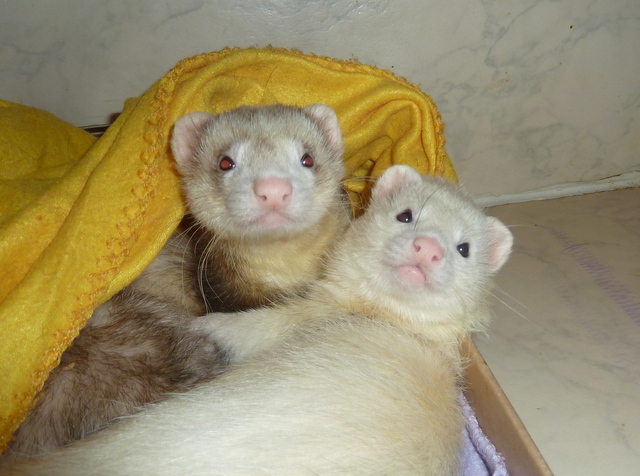 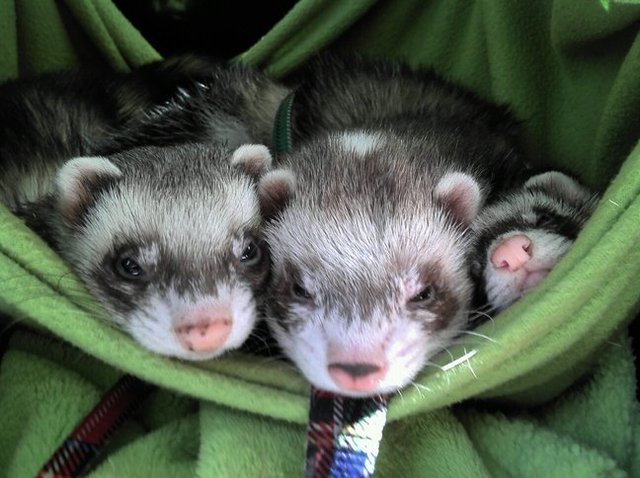 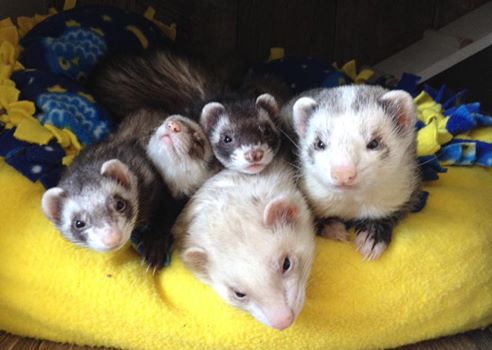 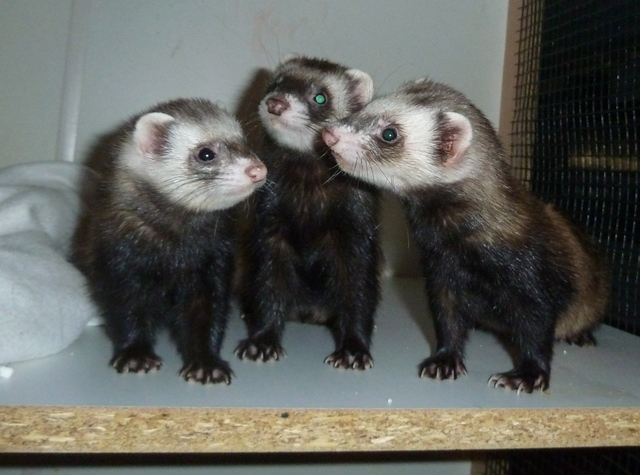